Back in November, I popped back to that East Sussex cemetery where I found all the waxcaps in October (here), and –⁠ as well as waxcaps –⁠ I encountered a load of earthtongues. I've never managed to summon the courage to try ID'ing earthtongues before, but figured it must be time I had a go... 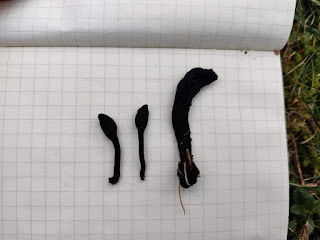 You can see the hairs on the stem under a hand lens. 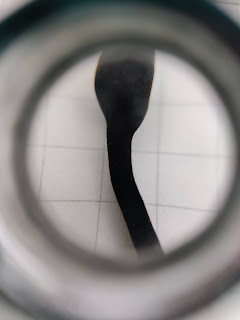 In this squash you can see the thin, dark setae. 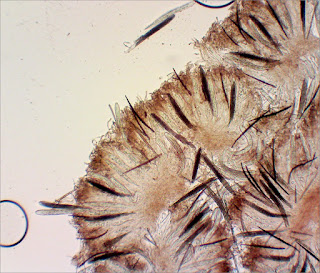 In this squash you can see the asci with 8 ascospores inside. 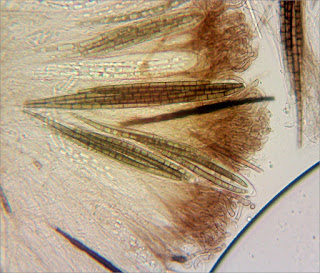 And this image of the spores at 400x magnification shows them being 15-septate. 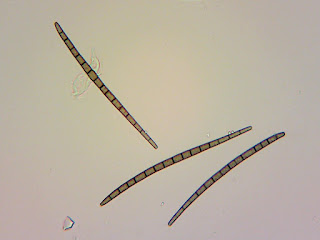 I think this is sufficient to call this one Trichoglossum hirsutum. 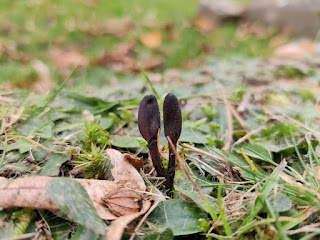 This one has a scaly stem. 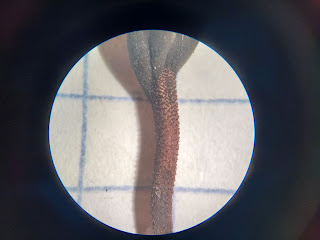 I thought I was seeing loads of hyaline spores, which really confused me, because I couldn't get to a sensible answer in the key... 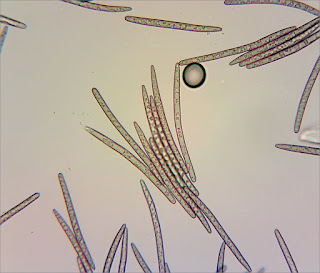 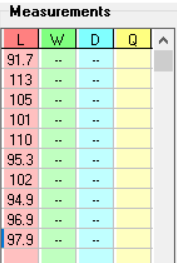 ... but I got some advice on the BMS Facebook Page (here), and Malcolm Greaves explained that Geoglossum fallax produces masses of pale asepate spores which later become dark and septate.

Also Mandy Dee mentioned about the paraphyses being embedded in a brown matrix, which you can see in this squash: 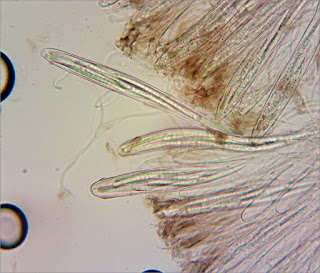 So, I think I can call this one Geoglossum fallax, with some confidence.

I know enough to know this is one of those Microglossum ones. 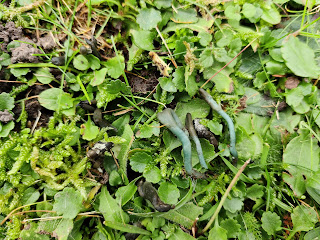 I think there's a paraphysis here, in the centre of the image. It's mounted in water and I fancy I can see the green pigment - darker towards the tip. 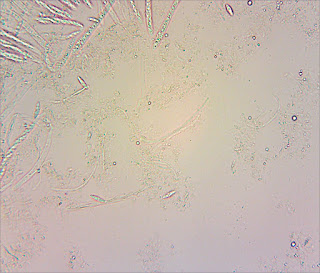 And I had a go at measuring some asci. 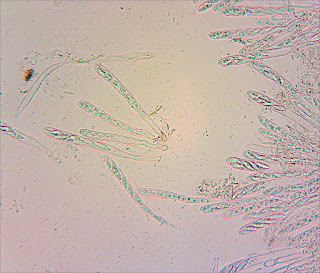 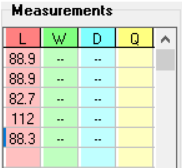 The note on 'Earthtongues in the UK' talks about there being a number of green Microglossum species. There's a key in the paper by Viktor Kučera & Michal Tomsovsky, mentioned above. So I thought I'd have a go with that - working with this collection and the one below. 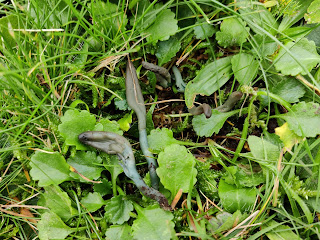 I got a spore print from this one. 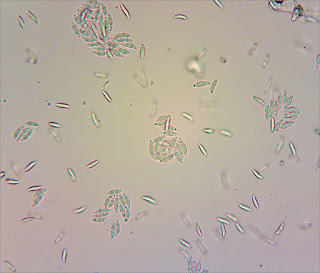 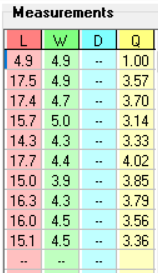 I think the combination of Asci <105 μm long and ascospores around 15–18 × 4–5 μm gets me to Microglossum truncatum. But I'm not super sure about that!

I think this is another Microglossum. 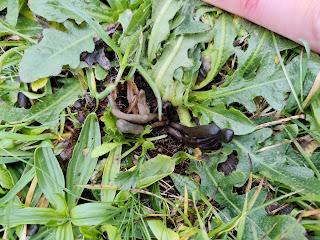 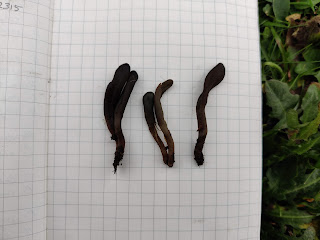 Very hard to see mounted in water, but I think I spotted some straight paraphyses. (Would this be easier if I was using a stain? Not sure what's best to use with ascos...?) 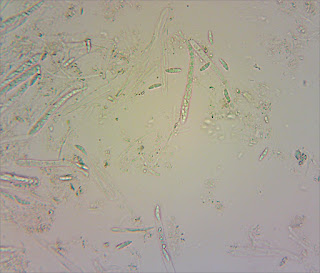 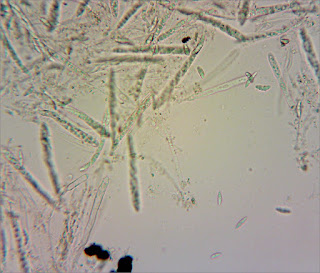 And here's a shot of the spores from a copious spore print. 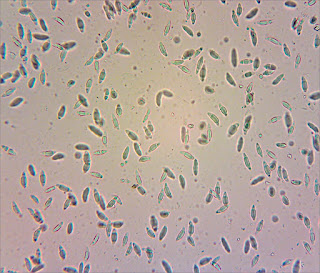 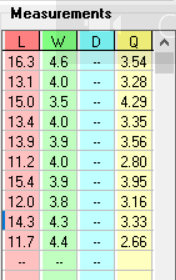 I am feeling a bit lost with the literature with this one, as the olive-brown Microglossum species are still 'taxonomically active'. Might need to get some more help!