This little haul from Park Corner Heath has kept me busy today. I managed to figure some of these out as I was going along, but that round-headed mushroom on the right has proved very tricky. 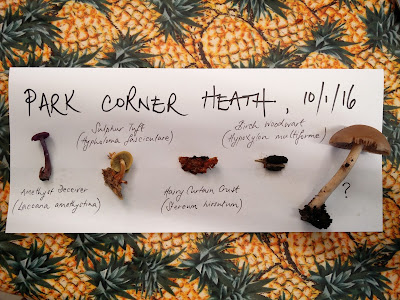 A quick root around under these Beech trees by the entrance revealed a slender purple mushroom, which I'm pretty sure is an Amethyst Deceiver Laccaria amethystina. 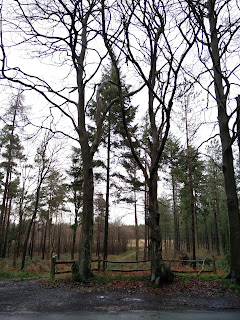 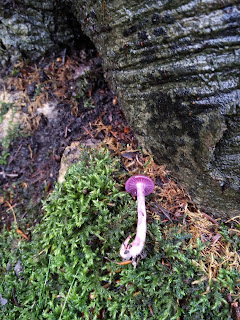 Next stop was this stand of rotting (Turkey Oak) logs which were hiding a small clump of Sulphur Tuft Hypholoma fasciculare. 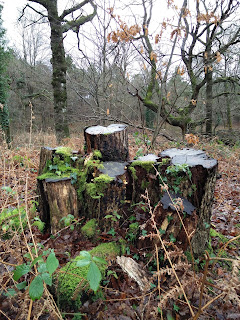 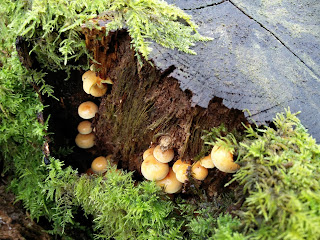 I'm going to go out on a limb and suggest this next one is Hairy Curtain Crust Stereum hirsutum, growing on a fallen (deciduous) tree limb. 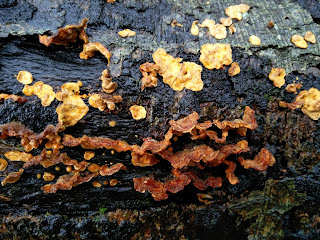 Another log pile - this time of silver birch - and another fungus that was new to me: Birch Woodwart Hypoxylon multiforme. 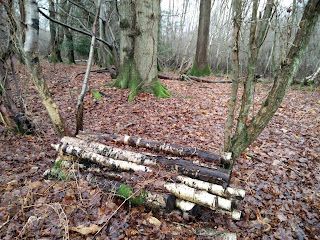 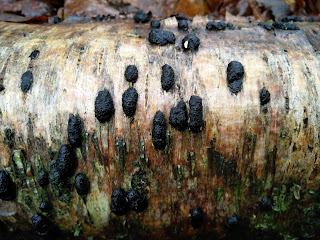 Then things got tricky! Michael pointed out this pretty cluster of mushrooms growing at the edge of mixed woodland, under a large birch tree. 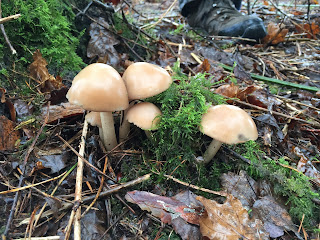 I've spent at least an hour with the books this afternoon, but despite much sniffing, poking and measuring I still can't seem to make this mushroom definitively "be" anything. 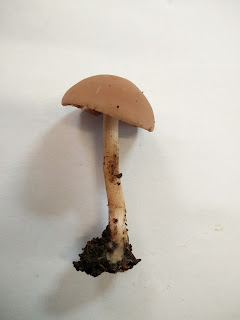 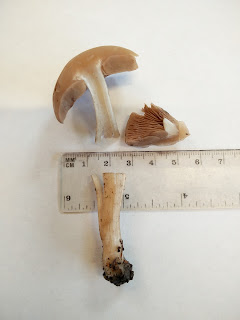 There are a number of features of interest: 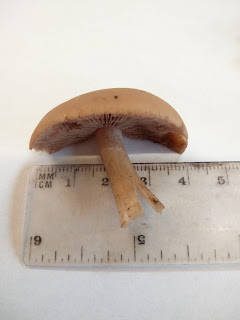 I think it might be something like the Pale Brittlestem Psathyrella candelleana, which is apparently very common, BUT:
It looks more like the photo of P. laevissima in Collins' Complete Guide, but the description's not detailed enough for me to call it.