On last year's grassland fungi surveys, the big surprise for me – along with the abundance of waxcaps – was how impressive some of the Entolomas were (see 'Enjoying Entolomas'). So imagine my delight this year to find the fields festooned just with Entolomas. Hardly a waxcap in sight. Just little brown Entolomas.

Here are some finds from a farm in the High Weald, visited on 16 November 2020.

Just one small solitary specimen of this. The lilac stipe and pale brown cap completely threw me when we found this in the field - don't think it's one I've come across before. 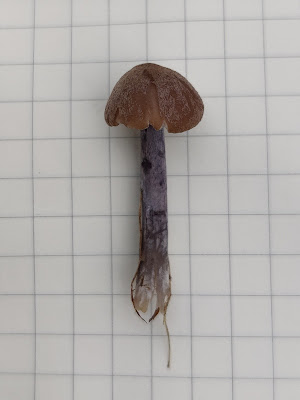 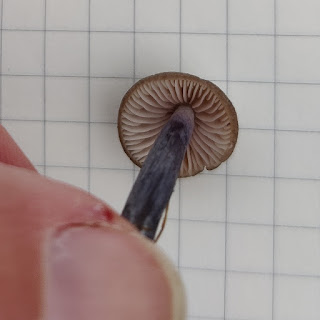 OK, I remember this one from last year with that blue edge to the gills. Entoloma serrulatum. 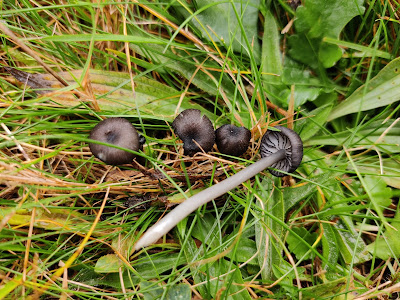 I think I'm seeing concentric bands on this one. Would that make it Entoloma infula? 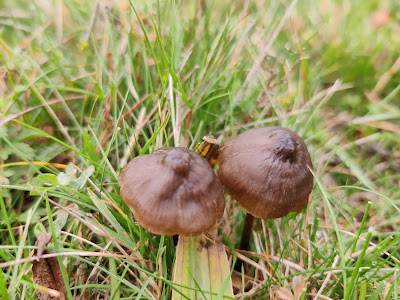 Orange tones to this one... 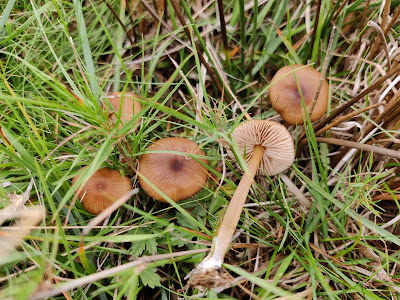 I checked the gill edges and I think they're concolorous with the gills but it's hard to capture in an image. So I'm thinking something in the region of Entoloma formosum... but would need further investigation to confirm? 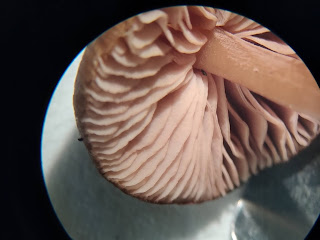 Beige mushrooms. I'm drawing a blank on these! 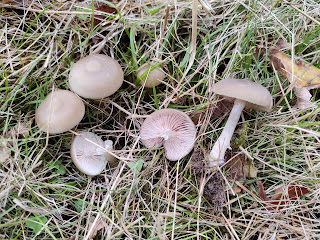 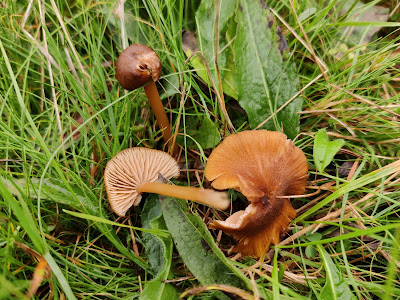 Something similar. Dark scales at centre of cap seem a notable feature... 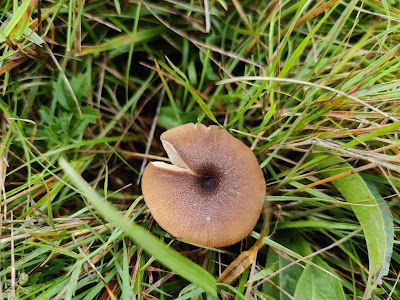 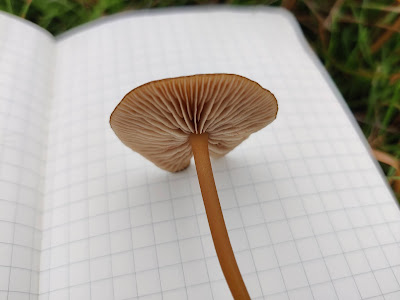 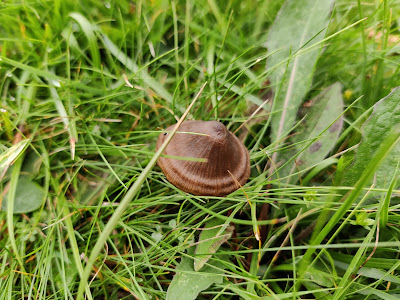 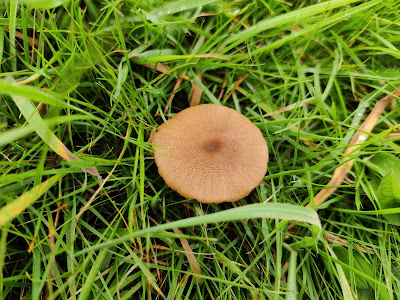 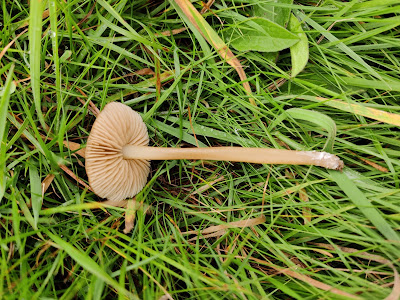 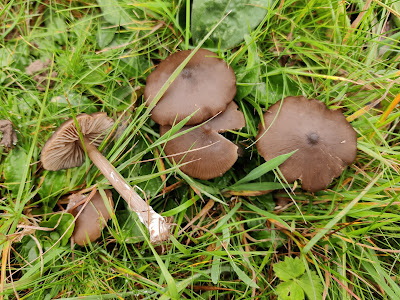 Just a pretty picture as I failed to photograph the pertinent feature, but I checked this patch in the field and they had blue gill-edges: Entoloma serrulatum. 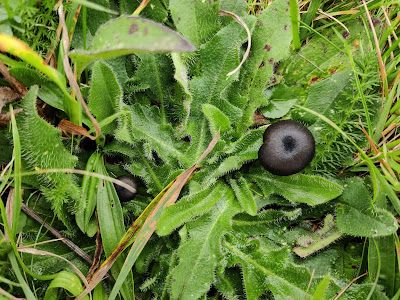 I got all excited when I saw the blue tones on this one and thought I might have found something in the Entoloma bloxamii complex; but it seemed a bit small for that. 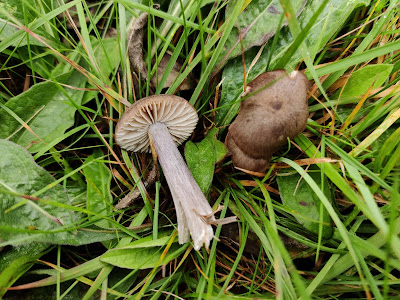 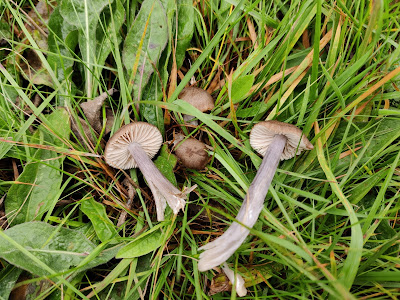 Not a bad haul for a morning's Entoloma watching.

Any feedback on what I've photographed here, and how to increase certainty on IDs would be very welcome!